Some reflections about In Defense of the "Not Invented Here" Syndrome 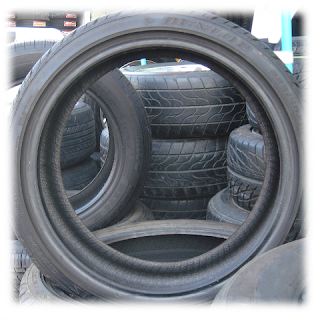 Some months ago I read an interesting article by Joel Spolsky, written back in the neolithic epoch (2001).

A Way to Deploy Python Programs

[...]we will use Java, because a jar file is easier to deploy.
This sentence occurs sometimes where I work. In this multi-environment place, a easy way to deploy your software is a fundamental requirement.
Read more »
Pubblicato da JaK a 15:14 No comments:

Why a Build System in IDEs Era?

Some friends of mine criticized my old post «Build your C/C++ programs everywhere with SCons», arguing a build system is useless in modern world. 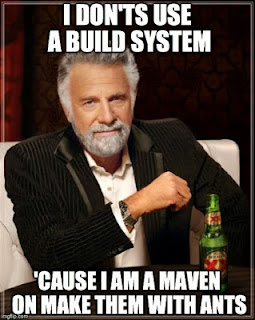 Email ThisBlogThis!Share to TwitterShare to FacebookShare to Pinterest
Etichette: Client Side, IDE, Programming

What I miss in Python Game Development


As I said before (and I repeated), if I start a new project, I prefer to work with Python, 'cause I like its huge standard library, its portability and its syntax and this is true for every new project I do for work: such as "building netcdf files", "analize meteorological datas", "manage databases". But I had a big problem for a personal project, a long dreamed chimera never really realized: a videogame. I thought to build a simple shooter, something like the old "galaga" or "space impact", using hardware accelerated graphics for great effects, such as particles and flashes. There are many schools of thought on game development under Python: there's PyGame ones, Pyglet, Pandas, ecc. I would like to talk with you about actual game development in python and reflect about my needs

Let's take a look on Python libraries for gaming.
I found this scenario quite sad: Pygame isn't accelerated and is quite big; Panda is oriented to 3D; Pyglet and Cocos2D could be the best option, but they appear less supported than they're new, shining side-project based on C++/Objective-C.

When I started using Lua Löve I feel confortable, even if I don't like Lua very much. With Löve I realized a simple interactive program in few lines of code. Easy and fast, both in writing time and in effective speed. It was also small, 'cause Löve executable is less then a megabyte and it's easy to deploy: just bundle Löve executable and your program zipped and you can give it to every desktop OS.
More frustrating is thinking Python games could do this too. If you try to realize a Visual Novel, with Python you can use Ren'py. Ren'py it's great because it's not just a library, but a full framework where you can manage your projects, add sounds and images, use Ren'py Domain Language to write your visual novel. It cames even with an embedded text-editor (JTextEdit) and offers you many usefull features (take a look here for more info). So, what I really miss for Python game development is a environment, with

These features are realistic, 'cause Ren'py already does. JMonkeyEngine works in a similiar way using Netbeans as base. If you're looking for a new project, this could be a good idea.